GroveStreams has the capability to derive stream data from an expression composed from any streams within an organization. The GroveStreams derivation engine runs simultaneously on every store server, every few seconds to keep derived streams data up to date.

An example of a derived stream that calculates a rolling 3 point average: It leverages the Interval Offset to calculate an average from several intervals. 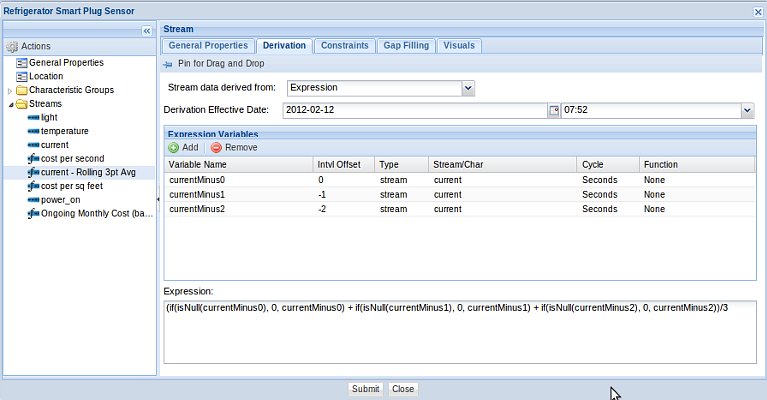 An example of a derived stream that is reporting the one second cost of every second, to operate a refrigerator: 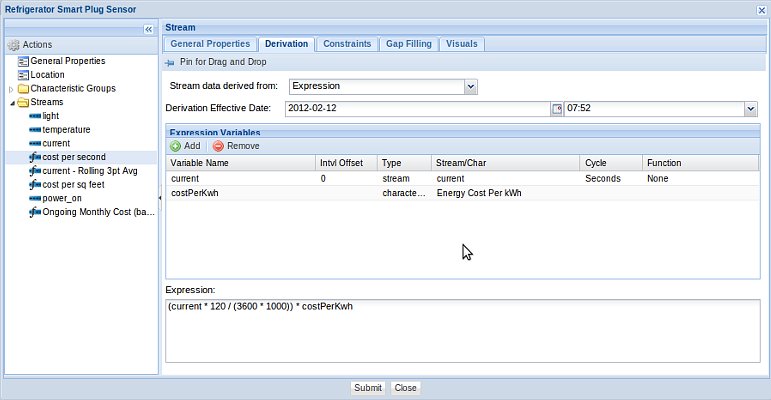 An example of a derived stream called "Ongoing Monthly Cost", which is the result of calculating the monthly cost for operating a refrigerator based on the one second stream called "current": The "current" stream has been associated with a Rollup Calendar, and therefore, has rollup statistic functions available at derivation time.

"Ongoing Monthly Cost" is a stream with a base cycle interval size of "1 Month", but it is being derived from a "1 Second" cycle stream, "current", which has rolled up monthly Time Weighted Averages available for derivation calculations.

The "Ongoing Monthly Cost" stream's monthly value will be recalculated/updated every few seconds so you can count on it being up to date, as one second ampere data is uploaded.
GroveStreams' rollups are an important tool that makes it simple for you to do virtually any type of near real-time calculation. 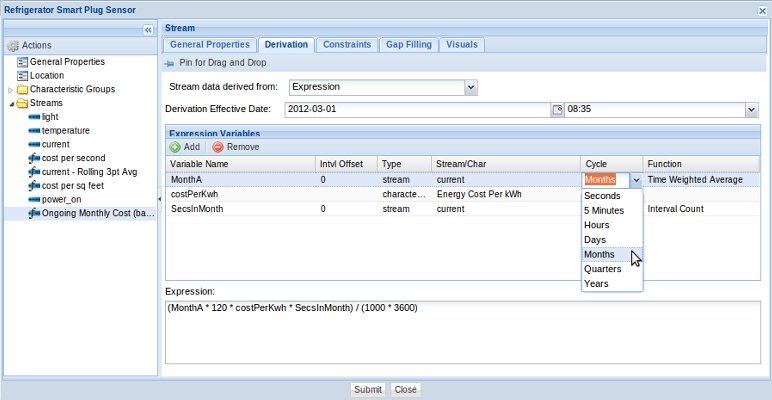 Selection of a rollup statistic:  Each rollup has a set of available statistical functions to choose from. 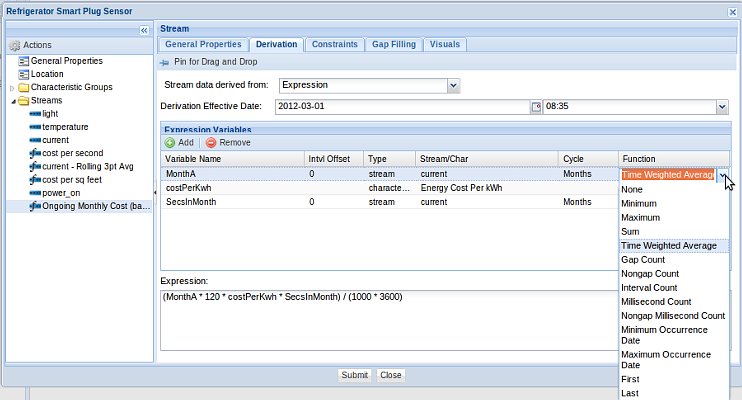 A dashboard reporting the 3point rolling average stream: Note that the end of its stream is slightly behind the "current" stream due to the derivation engine running every few seconds. 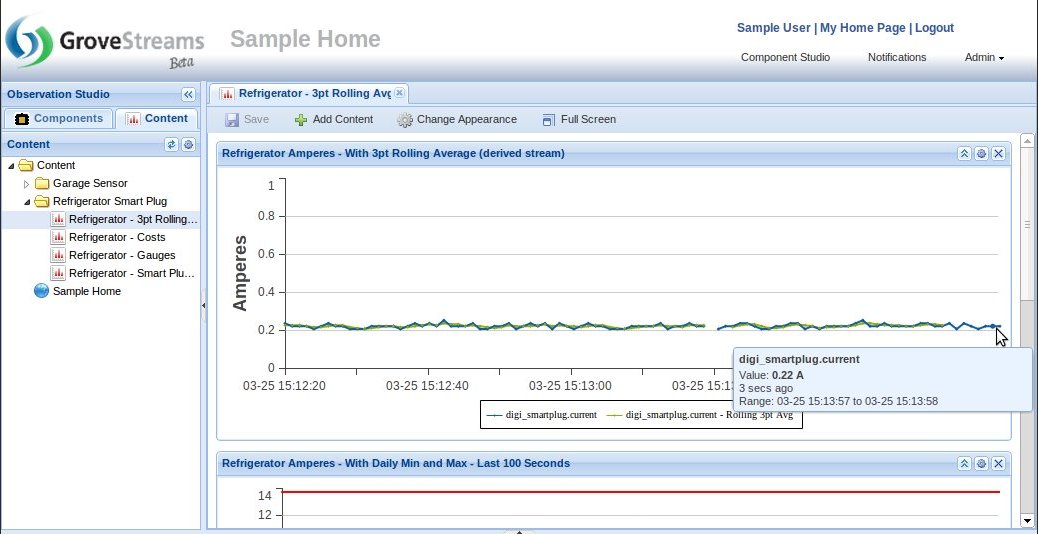 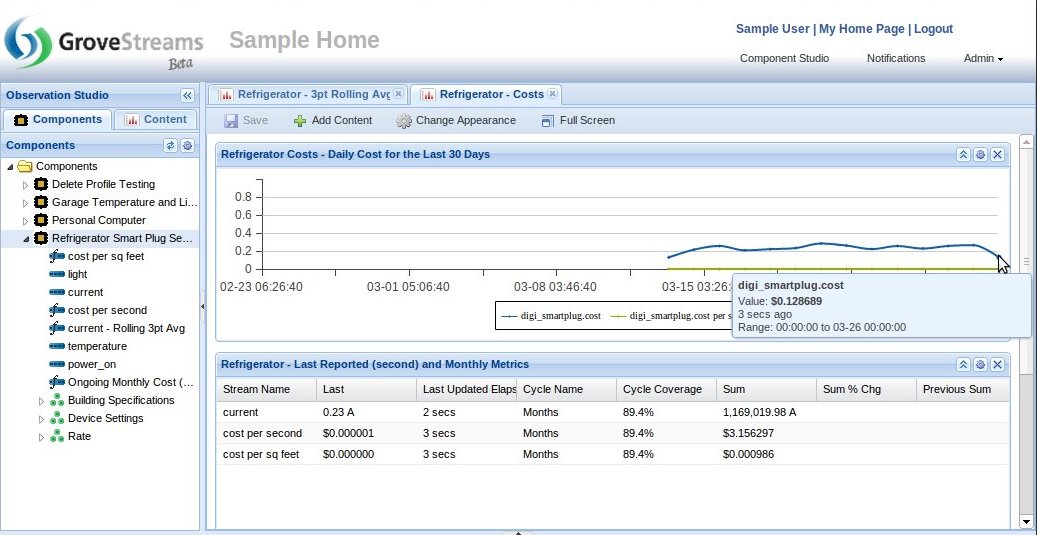